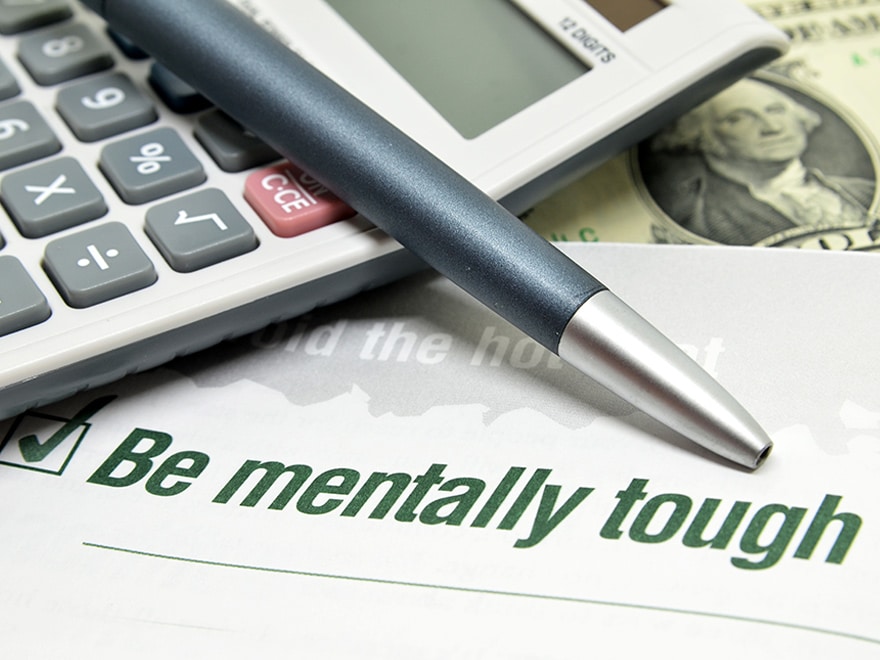 Honestly, it takes mental toughness, spiritual reinforcement, and energy to successfully deal with life’s challenges such as job loss, failed relationships, financial crisis, fear, sickness, toxic friendships or a loved one’s demise among others. Whatever the problem, improving your mental toughness can make all the difference for you.

Researchers at the University of Melbourne discovered that people who exuded high levels of confidence were top-earners and got easily promoted as compared to those masking their fears through false belief. In simpler terms; true courage is the key to unlocking all the impossibilities in life.

Mentally tough people have a tendency of making all the right decisions. Emotional intelligence allows people to understand and deal with negative emotions productively without losing themselves in the process. Believe it or not but, it takes high EQs to differentiate between logic and emotions.

Mentally tough people are realistic optimists no matter the situation. They know how to neutralize toxic people from their lives without apologies. Resultantly; they never tolerate pessimism, anger, fear, frustrations or emotions of bringing their spirits down.

Unlike the mentally weak people, mentally tough individuals adapt to constant changes positively rather than try to resist them. Embracing change requires open-mindedness, positivity and proper plan of action. To become successful and happy, you must be flexible and willing to embrace change.

People who have difficulties saying No when they should are more prone to depression, stress and burnout. Mentally tough people have the confidence to say no new commitments that they cannot honor which makes them more successful in life.

Every mentally strong person knows that they cannot depend on excessive amounts of caffeine to boost their adrenaline. They understand that over-depending on caffeine can easily have detrimental effects on their decision-making and overall performance either directly or indirectly.

Mentally tough people are never afraid of failures. They are always willing to take their chances no matter the outcomes. Their brevity enables them to transform failures into success through improvement.

Most mentally weak people don’t react very well to failure. Only the tough can embrace their failure and emerge victorious despite the numerous frustrations, and negativity they encounter on the way. Mentally tough people have no time for excuses; they focus on bettering their experiences.

Mentally tough individuals don’t limit their joy as far as their accomplishments are concerned. They also don’t allow jealousy to stop them from celebrating their colleagues’ successes and happiness.

Weak people have a tendency of limiting other people’s joy through intimidation, resentment, and jealousy. Mentally tough people cooperate with others without passing unfair judgment on them.

Sleeping for at least 7 or 8 hours as recommended by health experts globally can immensely improve your mental toughness. Adequate sleep is an excellent recipe for reduced stress, improved self-control, memory, and focus.

Grudges, hate, jealousy, and anger can quickly ruin your life. Mentally tough people understand the essence of apologizing and forgiving others for their own gain.

Harboring negative emotions is the key to failures, frustrations, and unhappiness. Focus your mind and energy on learning how to think positively regardless of the situation you are facing if you want to be considered as mentally tough.

Dwelling on your mistakes rather than moving on is a sign of weakness. Prolonging negative emotions will not get your problems solved. Mentally tough people focus on improving their performance through positivity and efficiency.