Stop Thinking About Yourself to Overcome Your Public Speaking Fear 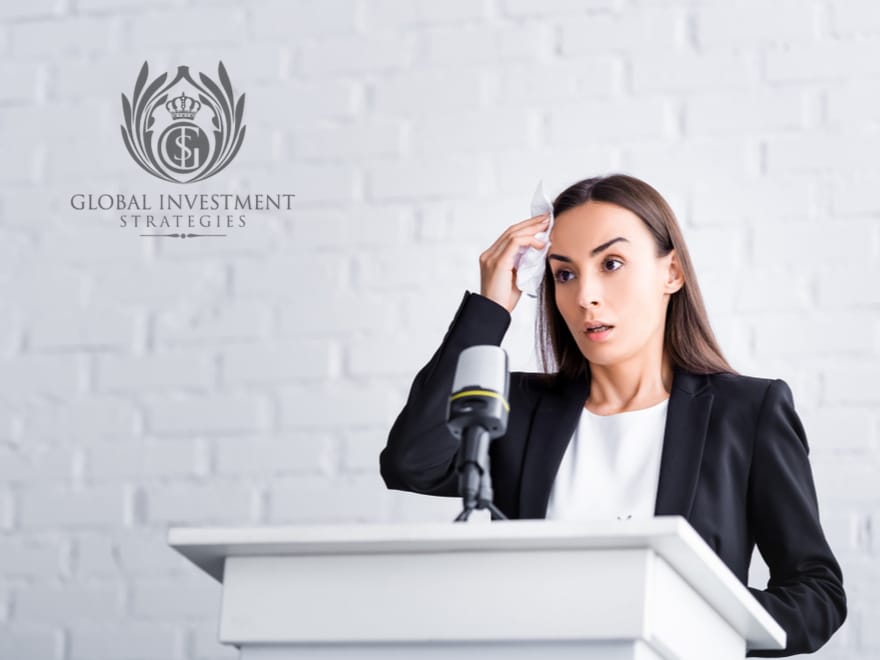 A wide range of people experiences public speaking anxiety. When they have to go in front of the public, they start having several complicated thoughts about themselves, such as I don’t like to be in the spotlight, I don’t want people to watch me, etc. Then, when they hold the mic to speak, they prefer to avoid making eye contact with the audience. This avoidance is the main problem – Although you may consider it an effective strategy to deal with your anxiety, it will make you feel more nervous.

To understand this phenomenon, we should first understand the facts from prehistoric times when human beings considered eyes to be watching them as a troublesome existential threat. As a result, people believed those eyes were predators, and they started developing a fear of being eaten alive. While responding to such terrifying behaviors, the human brain enters into a fight or flight response, making us feel highly anxious and stressed.

The sad news is that human brains have carried that ancient fear of being watched, and they are now connecting it to public speaking. Unfortunately, this fear about public speaking resides in our DNA. People consider public speaking an attack while recognizing the audience as a threatening predator. Many people even start experiencing some physical responses while speaking in front of large gatherings; they are commonly reported in terms of shaking, shortness of breath, and redness on the face.

In simple words, when we try to speak to a larger group, we feel all eyes on us, and this threat becomes painfully visible over time. Our brain starts telling us that we are in a state of attack, and the body starts doing something to protect itself. Then we try to create a wall between the threat and ourselves. So, what does that wall look like? The person either starts to look down, focus only on the slides or get deeper into our notes. In this entire process, we begin considering the audience in front of us almost invisible.

Now, you might be interested in finding a reliable solution to this. The experts at Global Investment Strategies believe that the only solution to the fear of public speaking is to develop human generosity. First, you need to calm your brain’s amygdala and disable the organic panic button in your brain. Next, we need to focus on the audience with the belief that we will help the audience.

Several scientific studies have shown that improved generosity can automatically reduce the activity of the amygdala. It is a way to show generosity and kindness to others while calming our fight-and-flight response. When we approach the task of public speaking with a feeling of generosity inside, we can easily counteract sensations related to fear, attack, and nervousness. The best idea is to refocus your brain and try to make eye contact with people. It will automatically help you lower your speaking anxiety while developing a regular connection with the audience.